On the 8th of May 2019 in Warsaw, Mikołaj Placek, the President of the OKNOPLAST Group, was officially awarded the Medal of the Centenary of Polish Independence The distinction awarded by Prime Minister Mateusz Morawiecki was presented by Minister Jadwiga Emilewicz in recognition of his contribution to the development of Polish economy.

The Medal of the Centenary of Polish Independence is an occasional distinction awarded by the Prime Minister, which was established on the 8th of May 2018 by a resolution of the Council of Ministers to commemorate the 100th anniversary of Poland regaining its independence, as well as the rebirth of the Polish State. In connection with the celebrations, Prime Minister Mateusz Morawiecki awarded the occasional distinctions to people who contributed to the development of the Polish economy. Among those, who received the special distinction was Mikołaj Placek, Chairman of the Board of OKNOPLAST, whose company has been playing an important role in the Polish business world for 25 years.

“I am honoured to receive such a prestigious award. I consider this distinction very special, as this year we are also celebrating the 25th anniversary of OKNOPLAST,” said Mikołaj Placek, Chairman of the Board of the OKNOPLAST Group. “This medal is the perfect confirmation of all our business successes achieved to date. I am glad that we can contribute to the development of Polish economy and proudly represent Poland on international markets.

The awarding ceremony took place in the seat of the Ministry of Entrepreneurship and Technology.

For many years, the OKNOPLAST Group has been growing at a dynamic pace, contributing to the growth of Polish economy. The company, which is one of the leading European manufacturers of PVC windows and doors, celebrates its 25th anniversary this year. OKNOPLAST operates on 13 markets and exports 75% of its products to other countries. The company currently employs more than 1,850 people and thanks to its investments, it is setting itself up to be one of the top players in the world market with each passing year.

This medal is not the first prestigious distinction received by the brand in recent years. Last year the OKNOPLAST Group was the only company in the woodwork industry, which received an award for the Best Polish Exporter to France in 2017 during an official Gala of Polish Exporters to France, held at the Polish Embassy in Paris. The initiative has taken the patronage of the Minister of Foreign Affairs and the Minister of Entrepreneurship and Technology. In 2018, the company was also included in the prestigious “1,000 companies that inspire Europe” list presented by the London Stock Exchange. 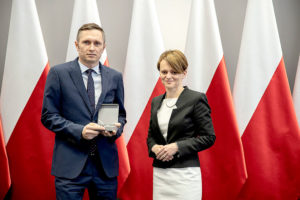 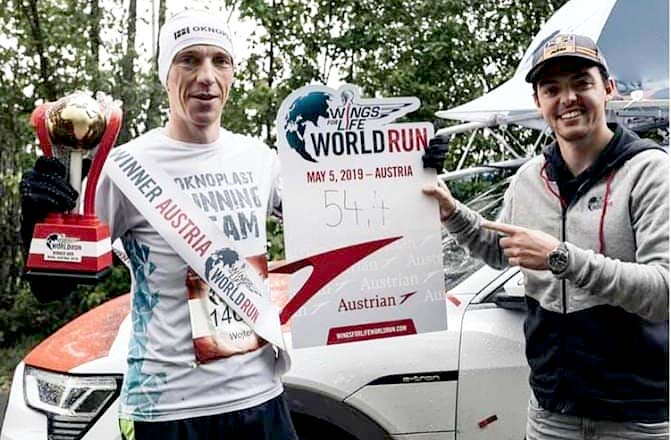